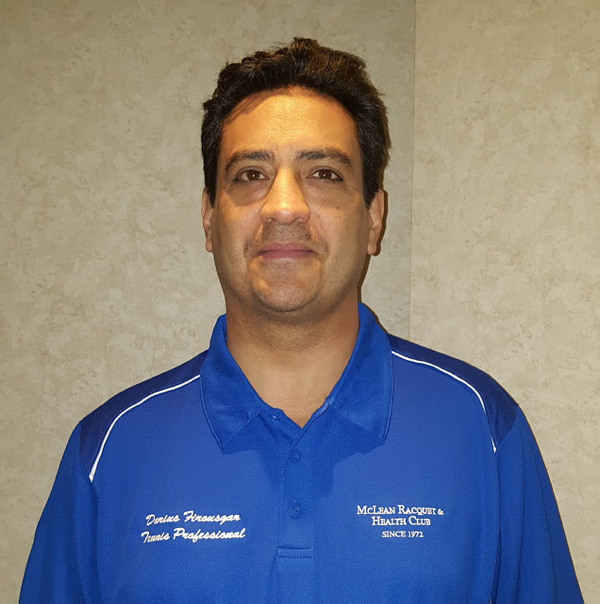 Darius Firousgar played #1 and #2 singles and doubles for Bethesda Chevy Chase High School, and #1 Singles for Montgomery College from 1989-1990.

After playing in college, Darius was consistently ranked among the top 15 in the men’s Mid-Atlantic Tennis Association Open Division (1990-97). In 1997, he finished ranked fourth in the men’s open rankings for the Mid-Atlantic, and was tied for first in the midseason of that year. Darius also placed third in the National (Amateur) Open division championships in 1990.

In addition to competing locally and nationally, Darius played on the men’s tour semi-professionally on and off for five years from 1991-95. He has been teaching full time for almost ten years, and believes in teaching individuals of all levels the most modern techniques.