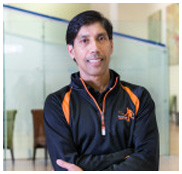 My players  develop a life-long love of squash and a healthy lifestyle by developing a sense of fair play along with ski...

My players  develop a life-long love of squash and a healthy lifestyle by developing a sense of fair play along with skills and the intellectual and physical discipline required to excel in the sport.  I have been coaching squash full time since 2008.  I have  a loyal following of juniors and adults alike who are drawn to my love of the game and ability to push and encourage my students to excel in their sport.  I emphasize fitness and mental acuity in my coaching —  teaching students not only proper technique, but the proper mind-set and thought process to play winning squash.

I currently oversee 5 National Capital Squash league teams as well as over 250 active players across the clubs.  I coach juniors and adults who are among the top rated players in their division.

Along with being an accomplished coach, I’m a player in my own right.  Recent titles include: 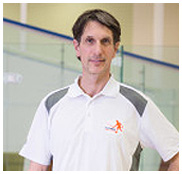 Hunt picked up squash in boarding school while he was a competitive junior tennis player.  He made Varsity his first year and eventually playe...

Hunt picked up squash in boarding school while he was a competitive junior tennis player.  He made Varsity his first year and eventually played #1 for his school. After college he worked on Wall Street, then began coaching squash professionally in 1990.  Hunt was a four-letter member of the Men’s Varsity Squash Team at Princeton University He and the Tigers won three Division 1 National College Squash Championships.  He attained a US Singles national ranking of #12 and was ranked in the top five in the United States in several national age categories for many years.   From 1984 to 2005 he was a player and Captain of numerous championship teams in the National Capital Squash Premier League.

Hunt is one of 13 US National Squash Referees.  He is also a Certified Referee Instructor and Assessor. Hunt is frequently sought to officiate matches featuring the top men’s and women’ players in the world (PSA men, WSA women).

Hunt has been by instructed several masters of the game including Hashim Khan (former World #1 and 7-times British Open Champion), Ken Hiscoe (former World #1), Marty Clark (4-times US Pro Champion), Mark Talbott (US #1 Softball and World #1 Hardball for 10 years) and Chris Walker (former World #4 and multi-time England National Team Captain).  Whether Hunt is coaching a beginning junior or giving tactical advice to an elite player in a hard match, Hunt loves to share the secrets of squash success with players of all ages and skill levels in terms that are easy to grasp.

Hunt is pursuing certification in Exercise Science with the American College of Sports Medicine (ACSM). Currently he is authoring an innovative book that teaches people how to learn to play squash (as opposed to how to play it). Among topics to be drawn from Hunt’s 40 years of experience in teaching and competition, instead of focusing primarily on drills and external factors such as the ball, Hunt’s book will explain in simple terms how to learn squash by understanding the internal functions of the brain and body in motion.  The book is titled On Learning Squash: How The Body Works. 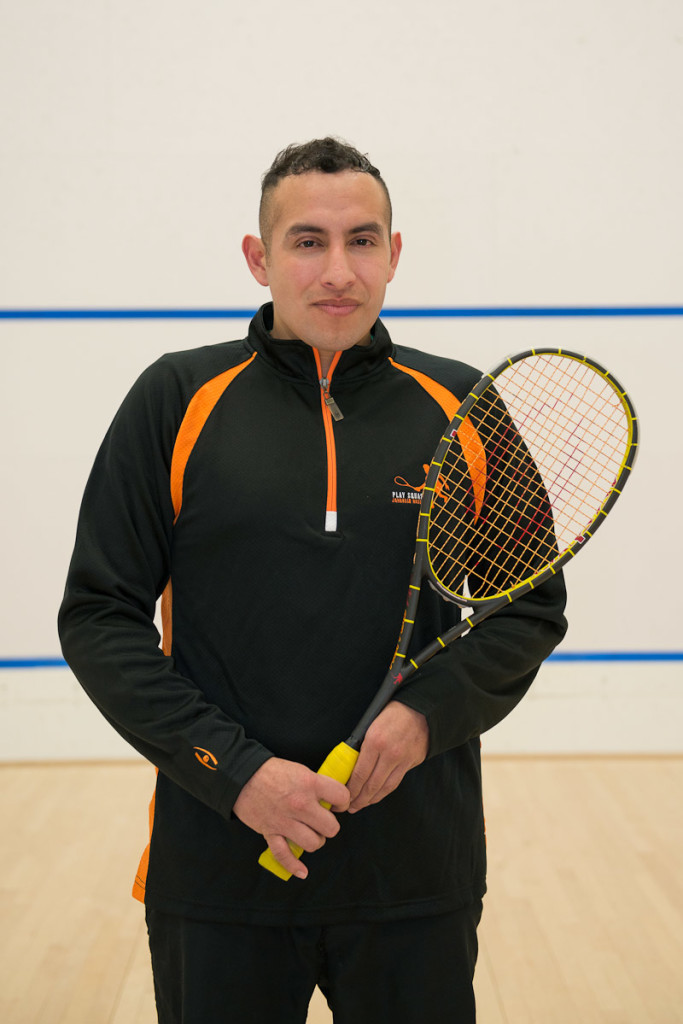 Victor Garcia is been coaching at the McLean Squash Center since 2014. He was the National Junior coach for Guatemala, coached the Men’s & Women’s team in Pan-american Ju...

Victor Garcia is been coaching at the McLean Squash Center since 2014. He was the National Junior coach for Guatemala, coached the Men’s & Women’s team in Pan-american Junior championships.

Victor has studied sports conditioning in Europe as well as in Latin America with a particular focus on plyometrics and agility work. He has coached and played extensively in Spain, Portugal and France. Victor is also actively playing on the Professional Tour, his highest ranking in the World is #287.

Though squash coaching is his first love, Victor also has a degree in Architecture!

Register today for any one of our outstanding Programs by stopping by the front desk or calling 703-356-3300!

Our highly qualified massage therapist are among the best in the Northern Virginia area.