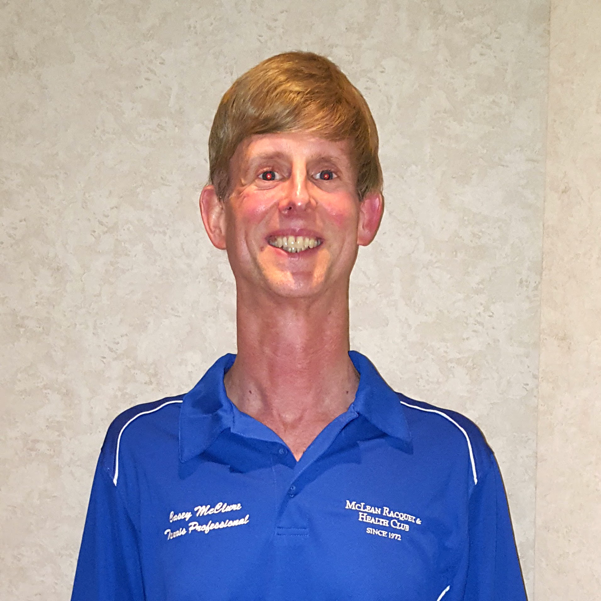 Having been a kid once himself (some claim he’s on his third childhood), Casey spent his formative years in the mid-1970’s learning how to play tennis at McLean Racquet & Health Club.

At Langley High School, he played varsity tennis and his team went on to win the Virginia AAA Championship. Unfortunately for Casey, this happened one year after he had graduated.

Undaunted, he ventured to Ohio State University, where he played varsity tennis, and his team went on to win the Big 10 Championship. Unfortunately for Casey, this too occurred one year after he graduated.

In 1989, Casey became U.S.P.T.A. certified(some claim he’s certifiable as well) teaching professional. In 1992, his good friend Griff Lamkin was kind enough to offer him a job teaching tennis at McLean Racquet & Health Club. When Casey’s not off visiting some far-flung corner of the globe, he can usually be found on one of the five courts teaching kids and grown-ups the game of tennis, and having way too much fun in the process.